The Tressels formed in 2005 as an outlet for the songs of Brian “Big Dirty” Sarkisian and Andrew “Butch” Fullerton, friends since junior high, and frequent musical collaborators, who had re-united years after the break up of their high school band “Premium”. The duo’s reunion was sparked by a casual collaboration on Big Dirty’s album “Big Tits and Low Standards”, and after a late night trip to Atlantic City with friend Mike “Mickey Reds” Turner, the trio christened themselves The Tressels and recorded a 9 song demo called “Burmont Bill Has A Posse”.

“Burmont Bill” was a record that was made purely for entertainment purposes within the band’s inner circle, with no commercial aim. Because of this, once copies began circulating amongst a wider audience, people were immediately struck by how explicitly candid the record was, and the band earned its first wave of supporters. One of which was future Cellist Jason “Mudflaps” Rogers, who took a copy of Burmont Bill to with him to NYC and put it in the ear of his hipster friends.

The band had planned to perform live only once, deciding as a joke to enter the Colgate Country Showdown. Their application was rejected. They accepted an offer to perform at the Speak Easy, a notorious underground rock club in Upper Darby. The Trio expanded to a sextet with the addition of bassist John “Lord Jonesy” Graham, former Premium drummer Patrick “Cheeseburger” McCullough, and Mudflaps. The band was unprepared for their live debut, and the show was a flop. So much so that the sound man uttered the now legendary phrase “Get your shit together or get off stage”, and the bartender bought the band a round of shots as consolation.

A week later, Mudflaps, going to school in Manhattan at the time, set up a 2nd gig for the band at the Lit Lounge on the Lower East Side. The band, excited about their virgin performance in NYC and eager to redeem  themselves after the Speak Easy disaster, played a near perfect set, and returned home thinking they had just conquered the world. 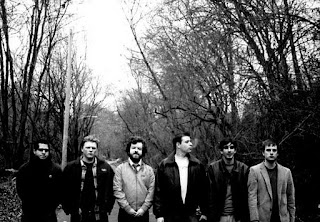 The band spent their summer splitting time between Philadelphia and New York City, gaining a large word of mouth following. However, some people were confused after hearing “Burmont Bill” and seeing the band live, as the record was a lo-fi, mostly acoustic/electronic affair, and the band was now a noisy 6 piece. The band spent the fall of 2005 recording “Divorce”. The sessions were casual and fun, all 6 members contributing vocals and sharing songwriting credits. The band released “Divorce” at a Club 218 on February 17th of ’06. The Tressels received their first bit of local press for the record, as the News of Delaware County did a 2 page feature on the band in the days leading up to the “Divorce” release.

The band was on a creative roll, so much so that most of the songs performed at the “Divorce” record release show would make up the Tressels next, and some would say best album “Prison Wine”. Sessions for “Prison Wine” took place the following summer, with Mudflaps parting ways with the band amicably to travel abroad. The band streamlined their sound while expanding their instrumental palate with the addition of keyboard flourishes and glockenspiel to their already dense production style. This is mainly accredited to Big Dirty who produced, recorded, and mixed all 10 tracks, as well as Butch stepping up to the plate in a leadership role, handling lead vocals on all 10 tracks. Several songs were recorded and mixed in full, only to be scrapped and recorded again. “Prison Wine” gained great reviews almost immediately, and despite the band’s still modest stature, is regarded as their official “breakthrough”. 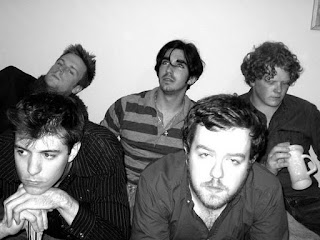 At the tail end of a 10 month promotional jag for “Prison Wine”, the band set up 2 shows in Columbus, OH and Pittsburgh, PA, the band’s longest road trip to date. 2 weeks prior to the shows, the band discovered that Cheeseburger had been remanded to a rehab facility. The band quickly found a temporary replacement in Jeff “Dr. Stardust” Lawrence, and the short tour was deemed a success by all.

Cheeseburger returned to the fold briefly for one final show with the band on July 28th, 2007 before seriously injuring himself in an car accident. Dr Stardust was brought back to finish out the rest of the band’s obligations including playing what was seriously rumored to be their final show on August 31st, 2007 at Mojo 13 in Wilmington DE, after which the band announced its indefinite hiatus. 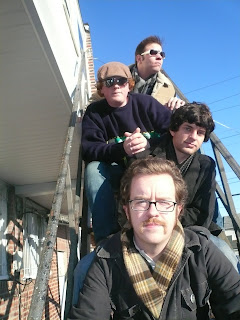 Various members of the band debated whether they wanted to, or should make music again without Cheeseburger, and after several long months of inactivity, the band made an offer to Dr. Stardust to become a full time member of the Tressels.

The Tressels returned to the stage on March 1st. 2008, picking up where they left off at Mojo 13, coincidentally. The band was testing out new material, and the shows were far from what fans expected from the band when they were in their prime less than a year earlier. The band entered the studio that June to record 3 songs with engineer Bill Moriarty. The session was tense by all accounts, but the result was some of the most exciting Tressels music to date. 2 of the 3 songs would appear later on “Bourbon Legend”. 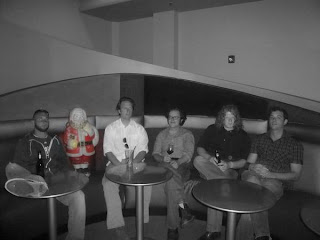 Dr. Stardust announced his departure from the band at the end of the summer of ’08. He was quickly replaced by Stephen “Felony” Fuscsick, who immediately fit in with the bands fast and loose image. The band began piecing together what would become “Bourbon Legend”.

The sessions for “Bourbon Legend” were spread out over a 2 year period, during which the individual members of the band furthered their education, got “real” jobs, and began the process of settling down with their significant others. Because of the band’s outside obligations, most of the recording of “Bourbon Legend” was done separately, with Big Dirty and Felony tracking on the weekend, Butch doing his vocals during the week, then several debaucherous overnight mixing sessions. The band destroyed 3 sets of monitors, lost several final mixes, and faced other innumerable technical issues during the process. With the help of engineers Dan Hewitt, and Steve Lafashia, the band finally completed their most time-consuming and expensive project to date in the Winter of 2009.

“Bourbon Legend” was released at The Blockley Pourhouse in Philadelphia, on January 16th, 2010. Once again, the press was quick to praise the band’s efforts. John Vettese of the Philadelphia City Paper applauded the band’s “working class grit” while Craig Wettner of Blogs N’ Roses noted “The Tressels have taken chances with this record, and I think they grow brilliantly”.

The Tressels celebrated the 5 year anniversary of their first show at the Speak Easy at The Trophy Tavern in their hometown of Drexel Hill on June 18th, 2010. The show was highlighted by an unannounced, unrehearsed appearance by Cheeseburger, who, despite not having played with the band in almost 3 years, joined the band onstage for 2 songs.

Original bassist John Graham, currently working under the alias of “Black Houdini”, submitted his resignation in autumn of ‘10. The band closed ranks as Butch took over bass duties.

Shortly thereafter, Felony Fuscsick announced his his departure from the band in February of 2011.

Undeterred, the remaining, coincidentally founding members of the band convened once a week to work on new songs, and in a matter of weeks they had written the bulk of what would become "The American Series". 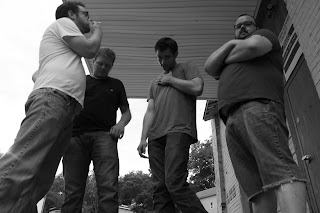 With engineer Dan McGlinchey, and new drummer "Time Bomb" Tom Giachero, the band recorded "American Sunset" in the Summer of 2011, and released the record for a free download on their soundcloud page. The Key did a feature on the record calling the Tressels "The Best Bar Band in Delaware County" and praising their "depth, sincerity and serious story telling skill".

Adding the final piece to the puzzle, the band added Brendan "Fuzz" Floyd on Bass in September of 2011 to support the band's live shows in 2011.

The band was honored as 93.3 WMMR-FM's Local Shots Artist of the Month for January 2012.

The Tressels celebrated their 7th Anniversary/100th show in June, which saw the "Prison Wine" era line-up reunite for a short, yet triumphant set.

Riding a wave of support The Tressels continued to gig throughout the Mid-Atlantic region, performing in Washington, DC, Baltimore, MD, Atlantic City, NJ, and New York City in support of American Sunset which concluded with the band headlining the historic Media Theatre, in Media, PA. All the while, The Tressels began working on "American Midnight", the follow up to "..Sunset", and the 2nd in the band's proposed American Trilogy. The record is once again helmed by Dan McGlinchey, with younger brother Bob McGlinchey in the assistant engineer seat. Recording was sidelined briefly as Butch fractured 2 bones in his hand punching a door after he was unable to nail a vocal take after attempting it 49 times.

The Tressels released "American Midnight" on November 17th, 2012, exactly 364 days since the release of "..Sunset". Thanks to a successful Kickstarter campaign, the band raised funds to have the record mixed and mastered by Grammy award winning engineer Mike Tarsia (David Bowie, The Smithereens). The record was immediately praised as being "...mature, boundary pushing, and sophisticated.."

Drummer Tom Giachero abruptly left the band in April of 2013. No reason was given for his departure. He was quickly replaced by "Magic" Matt Orlando (Enter the Rooms, Fake Bacon) making him the band's 6th drummer in 8 years.